Chris Toplack | Jim Ross – Under the Black Hat: My Life in the WWE and Beyond Book Review
1310
post-template-default,single,single-post,postid-1310,single-format-standard,qode-social-login-1.0,qode-restaurant-1.0,ajax_fade,page_not_loaded,,select-child-theme-ver-1.0.0,select-theme-ver-4.5,side_area_over_content,header_top_hide_on_mobile,wpb-js-composer js-comp-ver-5.5.2,vc_responsive

Jim Ross – Under the Black Hat: My Life in the WWE and Beyond Book Review

Jim Ross – Under the Black Hat: My Life in the WWE and Beyond Book Review

A curious thing happened back in 2000 when Mick Foley released his first autobiography, Have A Nice Day!: A Tale Of Blood And Sweatsocks. Wrestling biographies suddenly became a very popular niche market. Fans became inundated with the life stories of many of their favourite superstars, from young up and comers at the time like Edge and Kurt Angle to already established legends like Ric Flair and Stone Cold Steve Austin. The quality of most of these books, many of which were released directly by a publishing deal orchestrated by WWE, was suspect at best. 95% of these books were written by ghostwriters with input from the subjects themselves, leading to many of them not feeling truly authentic. As a lifelong wrestling fan and avid reader, I’ve digested many of the best, and the worst, of wrestling biographies, and in almost every situation, the books are written by the talent themselves without any corporate overhead are usually the best. Ask any wrestling reader worth their salt and they will almost have the same three answers when it comes to the best of this market. The aforementioned Mick Foley book, Chris Jericho’s A Lion’s Tale: Around The World In Spandex and Bret Hart’s Hitman: My Real Life In The Cartoon World Of Wrestling. In the case of Mick Foley and Chris Jericho, their follow up books, specifically, Foley Is Good: And The Real World Is Faker Than Wrestling and Undisputed: How To Become The World Champion In 1,372 Easy Steps, are also held in high regard. Outside of these three men, I have only seen perhaps two books that enter the conversation when discussing the best of the best, the long sought after and out of print My Life In Wrestling by the late Gary Hart and the similarly titled Slobberknocker: My Life In Wrestling by the greatest announcer in the history of the sport, Jim Ross. Having quickly digested and become an immediate fan of the first book by Good Ol’ JR, I was eagerly anticipating the follow-up, Under The Black Hat: My Life In WWE And Beyond, so when I was given an opportunity to receive a review copy I jumped at the chance.

For those who haven’t had a chance to read Slobberknocker, it followed JR’s life story and history in the business up until WrestleMania XV in 1999, where he returned from a Bell’s Palsy attack to call the main event between Stone Cold Steve Austin and The Rock. Under The Black Hat picks right up where it’s predecessor left off and follows the rest of his WWE career all the way until his signing with the new All Elite Wrestling promotion in 2019. Written in the same easy to digest way that the first book was, Ross and co-author Paul O’Brien keep each chapter limited to a few pages, allowing any reader to pick up and take in a few chapters without worrying about a huge time investment. More so than maybe any other wrestling book I’ve ever read this is one you can drop in and out of without any issue.

While there are many wrestling stories included within Under The Black Hat, the real focus of the book is on maybe the two most important relationships in the life of Jim Ross. The first is with the love of his life, his late wife Jan, the second being his friendship and working relationship with Vince McMahon. Throughout the book, the love and support from Jan and how important it was to Jim and his continued drive to succeed in the business that he cherishes and loves becomes evident. I consider myself a pretty cold person, and I found myself becoming emotional as Jim describes the way that Jan would react to some of the more embarrassing scenarios that JR would find himself in professionally, specifically him joining the Vince McMahon ‘Kiss My Ass Club’ and the infamous segment where Vince would perform ‘surgery’ on JR culminating in him pulling his own head out of his ass. But when Ross describes finding out about the accident that resulted in Jan’s death, especially when he had to make the heart-wrenching decision to take her off life support, I found myself nearly welling up with tears. The love that Ross had for his late wife literally comes off the page.

As I mentioned, the other important relationship is the incredibly complicated one that he had with Vince McMahon. The book details many of the horrible things that Vince would subject JR to, such as the aforementioned ass-kissing and ‘comedic’ surgery bit, but also details the other side of Vince, the more human side that not many people get to see. The side that, despite his evident coldness towards the man who helped him build arguably the greatest roster in the history of professional wrestling, was always right there to support him when he needed it most. It’s intriguing seeing the duality of McMahon in a way that has not necessarily been accurately described before. In many ways, a big takeaway for many will be that many of the pettier actions Vince would take were more the doing of the ‘yes men’ that he surrounded himself with over the years.

The book also goes into some good detail on the administrative side of the wrestling business that JR always seemed to excel at, without revealing too much. He discusses such legendary behind the scenes moments like Jeff Jarrett’s holdup of the WWF at No Mercy 1999 and the infamous Plane Ride From Hell in 2002, all without ever ‘burying’ any talent. If you are looking for the more salacious side of the business, you won’t find it here. While certainly not as safe as many of the WWF/WWE approved books over the years, JR also goes out of his way to never specifically target and damage the relationship of those in the business, even when some may have deserved it.

Is Under The Black Hat the best wrestling book ever written? In my eyes, that title still belongs to Hitman, but this is undoubtedly in the upper echelon of wrestling books. JR has written a wonderful encapsulation of both his career and personal life while maintaining both his personal and professional integrity. A must-read for any wrestling fan who loves the business, and grew up listening to the true voice of wrestling.

Disclaimer: A copy of this book was provided by Simon and Schuster for this review. 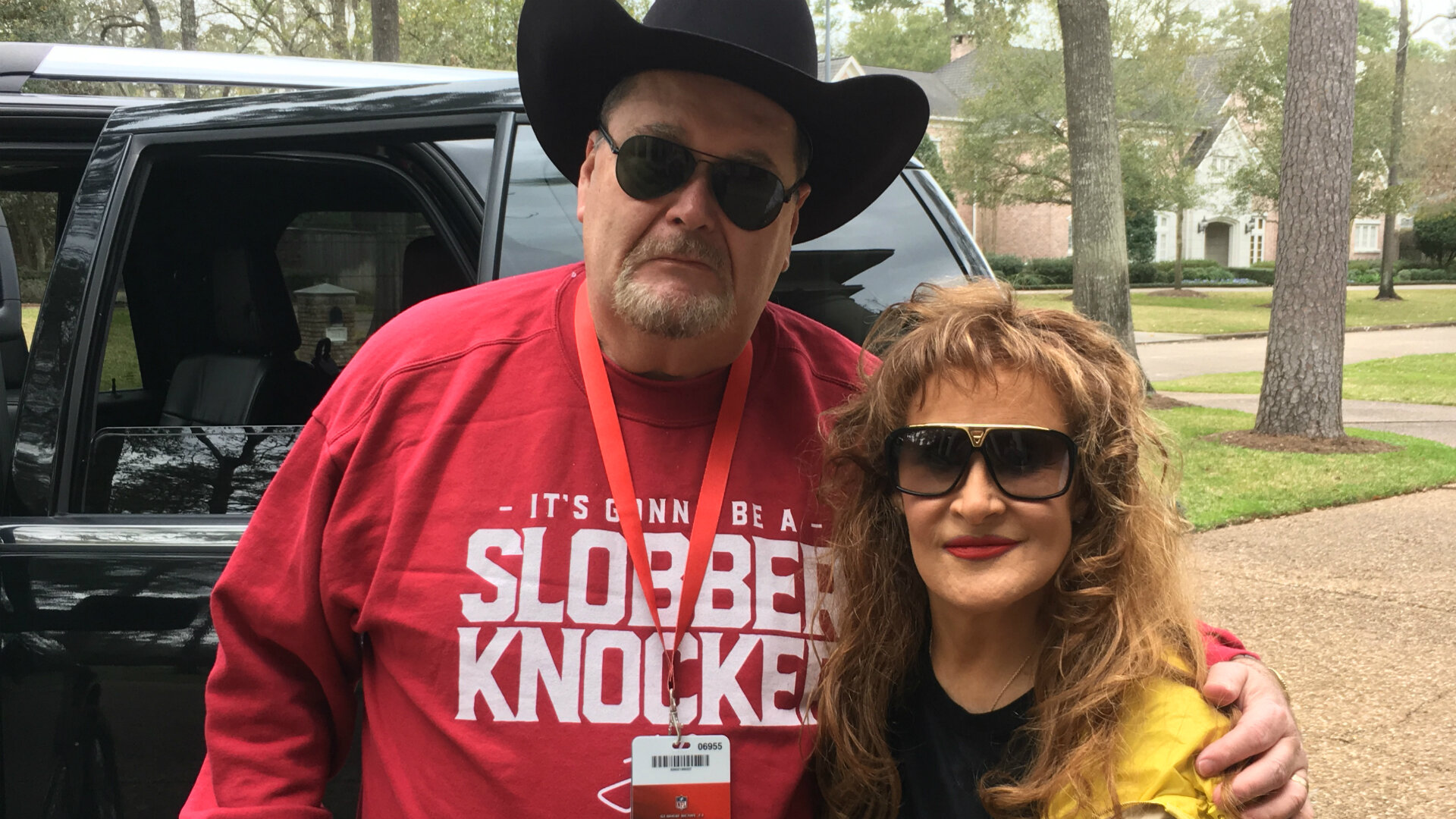 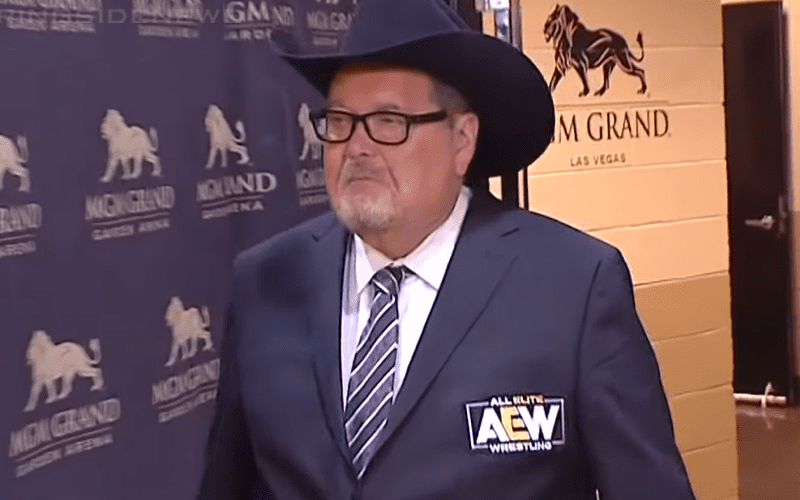 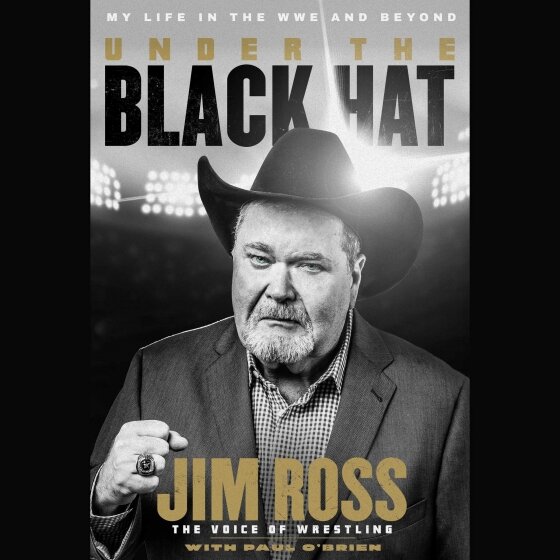 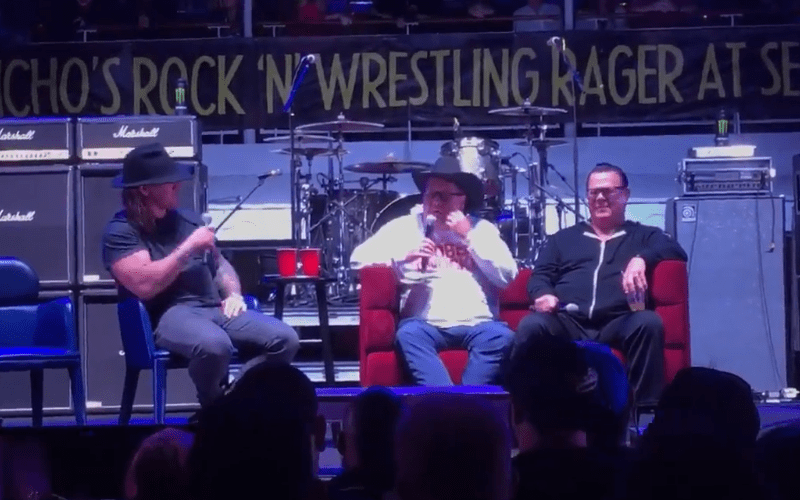 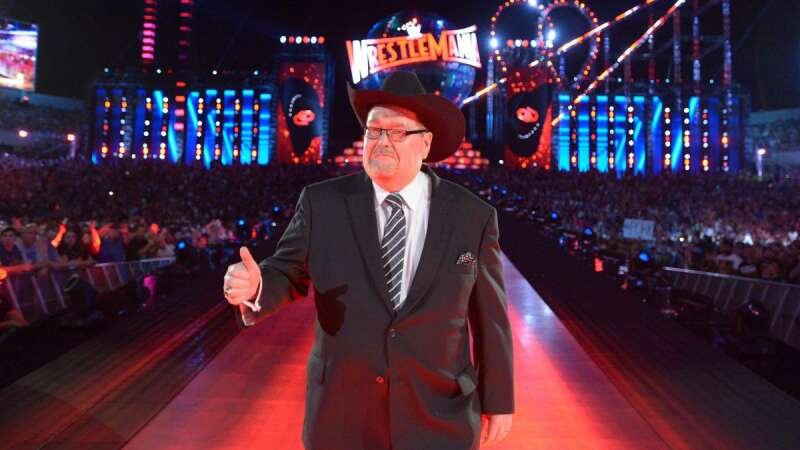 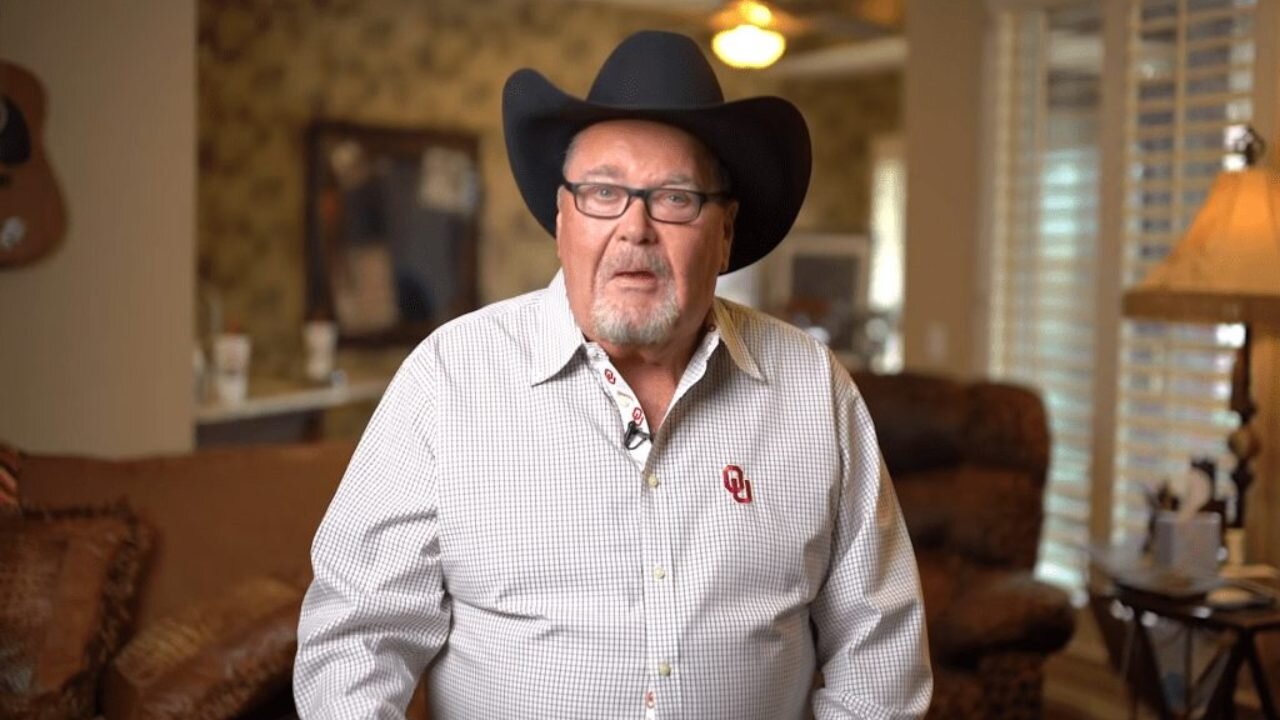 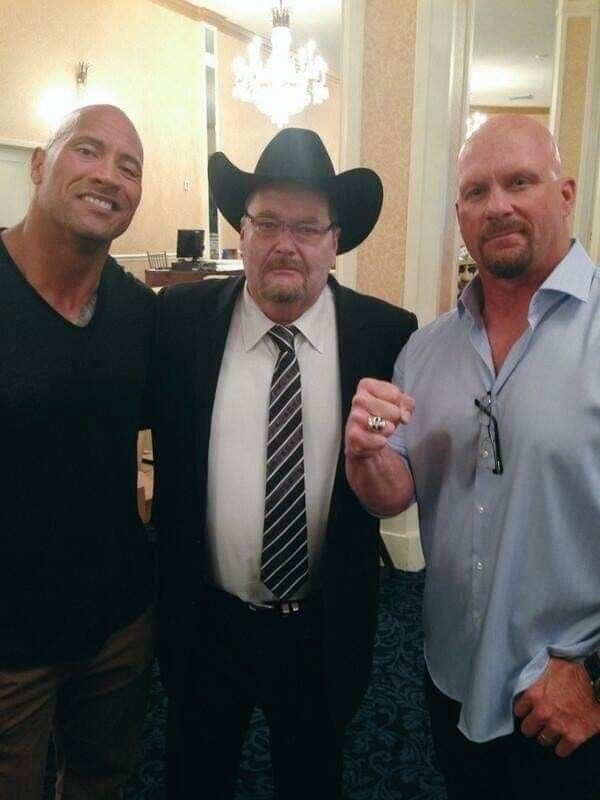 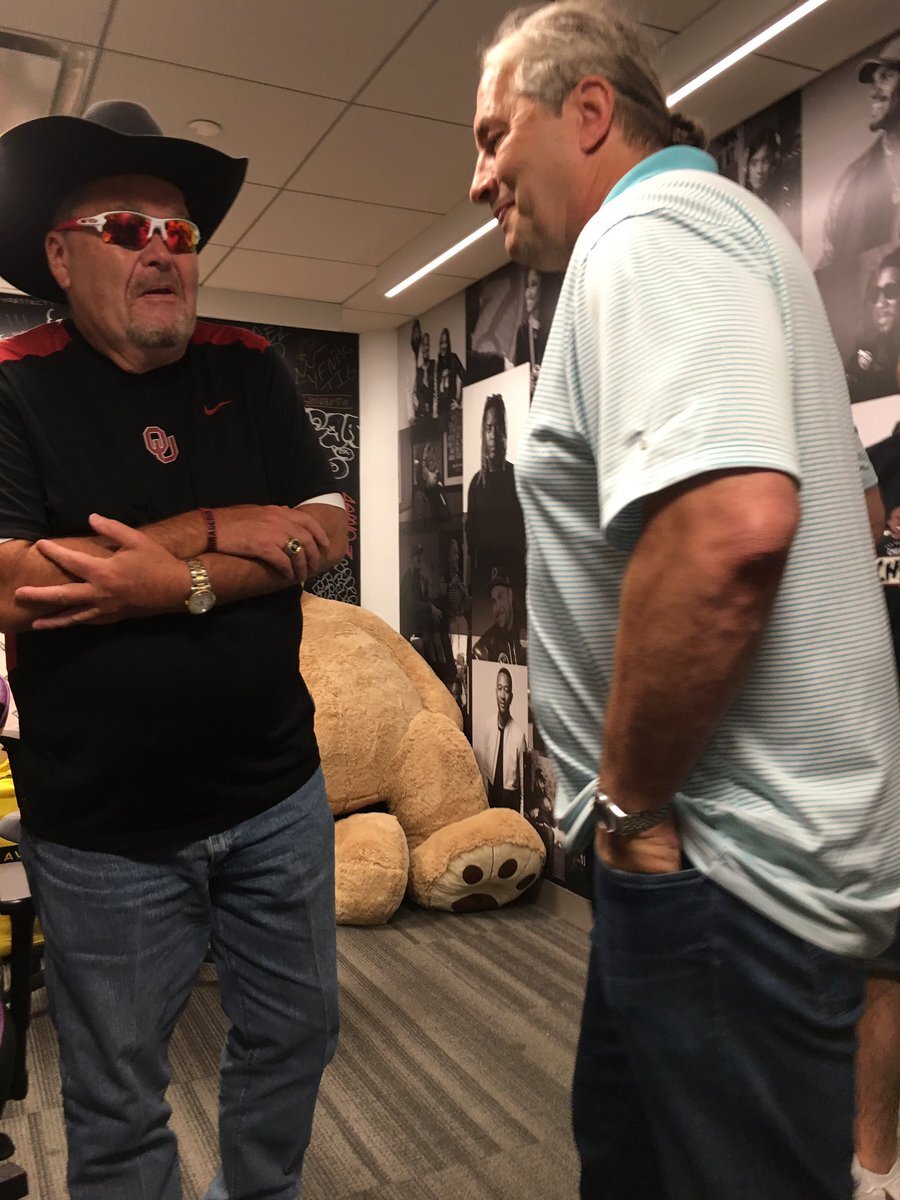