Brian Pillman and His Incredible Influence on the Attitude Era

Brian Pillman and His Incredible Influence on the Attitude Era

When it comes to WWF/WWE’s hallowed history, no era is looked upon more fondly by fans than ‘Attitude Era’ of the late 90’s into the early aughts. Wrestling was at its peak, with World Championship Wrestling riding the high of the New World Order and a heel Hulk Hogan, while the World Wrestling Federation strapped the rocket to Stone Cold Steve Austin and took advantage of the Montreal Screwjob to turn its real-life owner Vince McMahon into arguably the greatest heel in wrestling history. Everything was lined up in a way that made it seem like it would last forever, but as it is with all good things, it would come to an end. But that is a story for a different day. Today I am here to look at who may be the most pivotal person in the true creation of the Attitude Era that guided the business for years to come.

There are many people who an argument could be made for. The aforementioned Stone Cold Steve Austin and his iconic “Austin 3:16” speech at King Of The Ring 1996. Or Hulk Hogan turning his back on WCW and aligning with the Outsiders at Bash Of The Beach 1996. Crazy to think that both of those events happened within a month of one another eh? Behind the scenes, Eric Bischoff would take credit for turning wrestling into a more realistic, less-cartoony product. Shawn Michaels and Triple H with their antics turning into D-Generation X. Even my personal favourite of all-time Bret ‘The Hitman’ Hart with his incredible 1997 heel turn on the American fans and the double-turn at WrestleMania 13. But if you look at everything a little closer, it can all be traced to one man, who decided he had had enough of being labelled a “good hand” and changed to turn himself into something the business had never seen. A man who would within a few months span, make a giant splash in WCW, ECW and the WWF in a time that none of these companies acknowledged each-others existence. A man, who for better or worse, would become a “Loose Cannon.”

Yes, Brian Pillman may be the most pivotal man in the creation of the Attitude Era. So let’s take a quick look at how he got there.

Brian Pillman was a mainstay in WCW since the late ‘80’s, usually in the ‘Light Heavyweight’ (later to be christened Cruiserweight) division, bouncing around the card and having been in several tag teams, including briefly with ‘The Z Man’ Tom Zenk, and more notably, the Hollywood Blondes with ‘Stunning’ Steve Austin. There was even a point where Ric Flair famously wanted to work with him at a Clash Of The Champions and “make” him in the same way he “made” Sting at the first Clash. Alas, the big push never came to be, and Pillman had had enough of it. Following the disbanding of the Hollywood Blondes, Pillman started changing his look, and by September of 1995, he was closely aligned with ‘The Enforcer’ Arn Anderson and would also famously be a part of the very first WCW Monday Nitro match. Pillman would help Anderson defeat Ric Flair at WCW Fall Brawl 1995, leading to a tag team match at Halloween Havoc 95 (yes, the same show that included Hulk Hogan killing The Giant and the arrival of THE YETAY!) where he teamed with Anderson to face Flair and Sting. Of course, it was all a ruse and an opportunity to beat up wrestling’s most gullible babyface Sting. This was the beginning of a new run for the Four Horsemen, this version featuring Flair, Anderson, Pillman and Chris Benoit in arguably the most underrated and underused version of the historic stable. 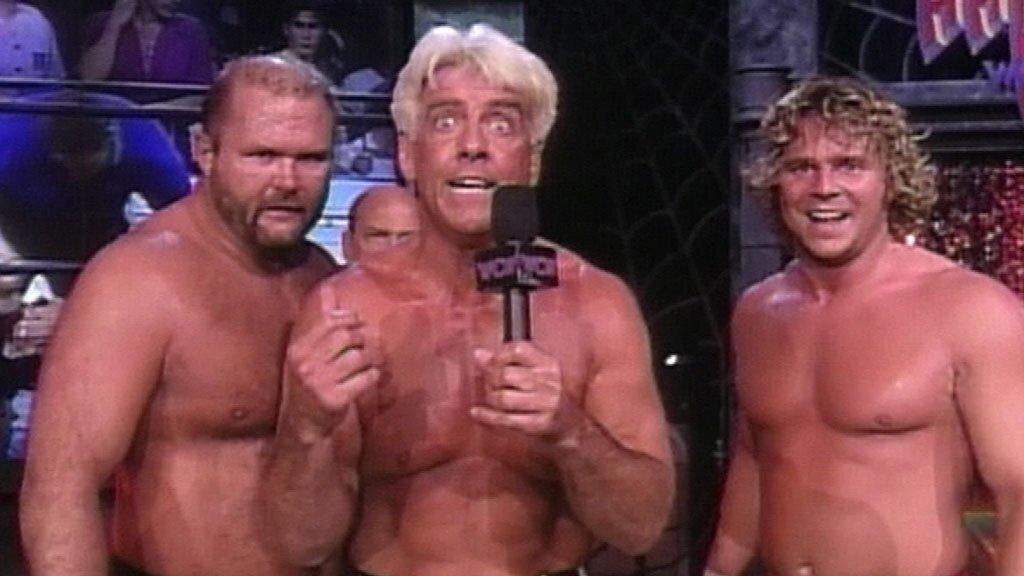 At this point, Pillman had begun to fully encapsulate his new ‘Loose Cannon’ persona and began to feud with Kevin Sullivan, which is where the fireworks begin. At WCW SuperBrawl VI, Pillman would face Sullivan in a I Respect You Strap match, which never really began. Pillman would grab the microphone, stating “I respect you, Booker Man” before leaving. Keep in mind, early 1996 was still a time for kayfabe being kept heavily, and this happened months before the infamous Curtain Call at Madison Square Garden. Bischoff would fire Pillman the following day, although the original plan was for Pillman to return to WCW after some time away in ECW developing the gimmick further. It should also be noted that it was heavily rumoured at this time and discussed in the book Crazy Like A Fox that Hulk Hogan had taken notice of how much heat Pillman was generating and wanted him brought back for the disastrous WCW Uncensored Triple Cage of Doom match to be on the opposing side, thus taking advantage of his heat. Pillman wisely declined, backing out of the booking.

Pillman would show up unannounced at ECW CyberSlam 1996, to cut one of the most infamous, and I would argue, pivotal promos of all-time.

I won’t even bother going over the promo itself, as there is no way I could do it justice. Everything lined up, from the audience reaction (especially the Pillman Don’t Work Me!! Sign) to the pure vitriol that Pillman uses to speak with. Pillman would hang around ECW for a few months before flipping his Hummer in an accident that would change his life, and the wrestling industry (and once again, that’s a story for another time.)

In June 1996, Pillman would sign with the World Wrestling Federation, which would lead to the next important moment in Pillman’s journey to create the attitude needed to revitalize the industry. While recovering from his injury, Pillman was aligned with his former tag team partner, the now ‘Stone Cold’ Steve Austin. As Austin began moving into his star-making feud with Bret Hart, Pillman would begin favouring Hart which led to Austin famously breaking his ankle in a steel chair, leading to the move forever being known as “Pillmanizing.” This would lead to one of the most infamous moments in the history of Monday Night RAW on November 4th, 1996. Following another surgery on his ankle, a visibly hobbled Pillman would be interviewed in his home when word would come that Austin was coming to finish the job. Pillman would famously produce a pistol to protect himself from Austin, and the WWF produced the segment in such a way that left viewers wondering if he actually had shot Austin upon his arrival. This would almost get the WWF thrown off of the USA Network at the time, and truly was the first huge shift towards an edgier product.

Unfortunately, less than a year later, Brian Pillman would be dead, never to fully enjoy the fruits of his loose cannon labours in changing the wrestling industry. That said, his influence would live on for years to come, even now resulting in his son, Brian Pillman Jr. now competing in Major League Wrestling and the independent circuit. Whether he will be able to ever step into the large boots left by his father remains to be seen, but one can be sure that Pillman is looking down on his son fondly. It should also be noted here on The Signature Spot that our fearless leader Chris may be one of the biggest Pillman marks (and not the kind that thinks OJ didn’t do it!) I have ever encountered, and certainly the only one whose fandom outweighs my own. In fact, his influence likely changed the way I viewed him many years ago and gave me a better appreciation of the man and his work.

I know this is undoubtedly a take that many may not agree with, but upon closer inspection of the facts, it really is hard to argue that Brian Pillman helped kickstart what would become the epic Attitude Era that took professional wrestling into the stratosphere. Be sure to comment and share this around on social media and share your thoughts with us! 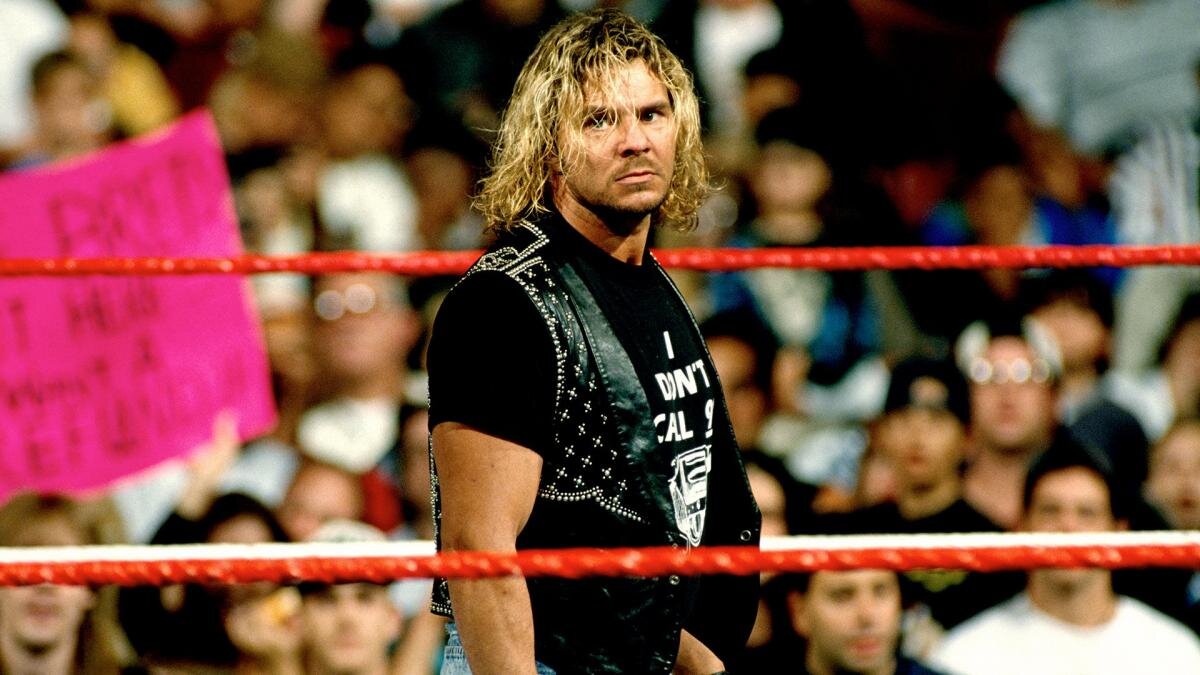